In Keywords, Raymond Williams notes that with the rise of structuralism, the word “structure” came to be preferred to “process” in the study of languages. But, Williams argues, “what were being studied were nevertheless living processes, while structure, characteristically, from its uses in building and engineering, and in anatomy, physiology and botany, expressed something relatively fixed and permanent, even hard.”1

We see this privileging of “structure” over “process” in the recent Oscar-winning filmic allegories of economic inequality—from Alfonso Cuarón’s Roma (2018) to Bong Joon Ho’s Parasite (2019). Although stylistically distinct, both of these masterfully directed films from Mexico and South Korea have played a significant role in raising consciousness—including in the US—about capitalism as a global system marked by deepening insecurity and class division. But in both films, the class structure appears as “relatively fixed and permanent”—the result mainly of inherited roles rather than “living processes” of exploitation and predation.

In Parasite the elite Park family lives in a giant, light-filled home, oblivious to the plight of their servants—Moon Gwang and the Kims—who are condemned to the basement of the Parks’ home or other sub-basement dwellings. The Parks’ house structure, in fact, becomes a metaphor for class. 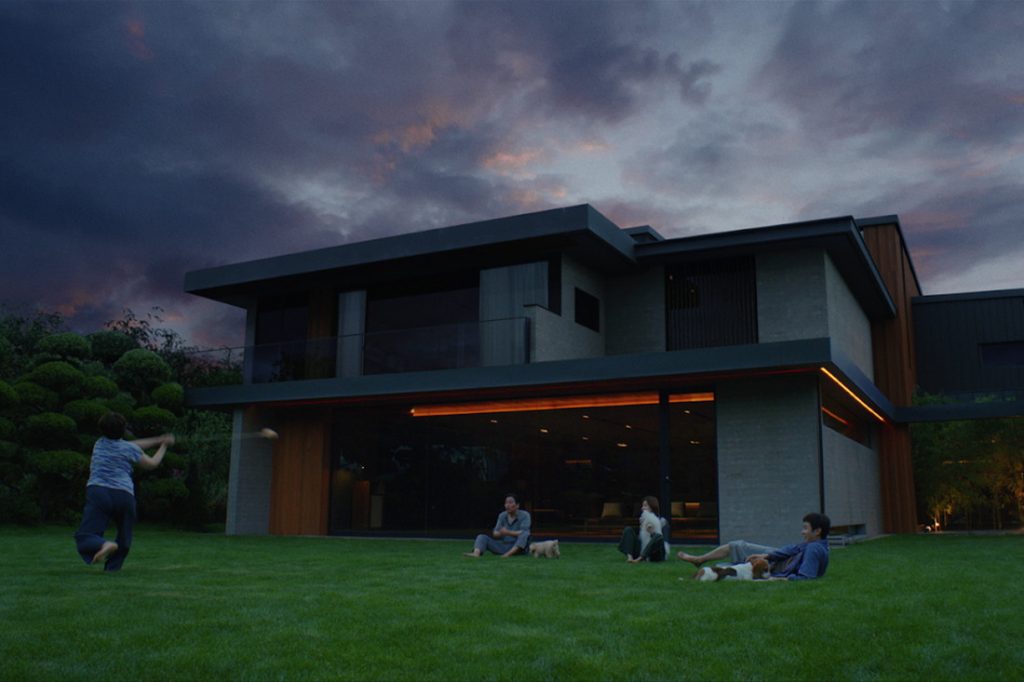 But the rigidity and permanence of this house—which has survived multiple owners—gives the class structure a fetishistic fixity, thereby concealing unjust economic processes that continually produce and reproduce this structure.

We lack knowledge of how Mr. Park, who runs a company, makes his money. The Parks, moreover, appear to adequately compensate their servants for their labor. Further, although Moon Gwang’s husband is hiding from loan sharks, these predatory lenders remain out of view. What remains invisible, then, is capital’s economic violence—whether through worker exploitation or through what David Harvey calls “accumulation by dispossession,” which includes practices such as predatory lending that have acquired increased prominence in the present.2

Because economic exploitation and predation are out of view, it is not capital’s violence that drives this thriller to its horrifying conclusion but rather the violence between servants. Moreover, although— as Bong Joon Ho3and film reviewers have suggested— both the masters and servants are parasites engaged in a “symbiotic relationship,”4 it is in fact much easier to see Moon Gwang’s husband—who lives for free in the Parks’ basement—as being parasitically dependent on the “host” family for his survival, than it is to see the elites as “leeching off”5(rather than depending on the paid labor of) their servants.

In its focus on the master-servant dynamic, Parasite resembles Alfonso Cuarón’s Roma, which is set in 1970s Mexico and aligned with the perspective of an indigenous servant, Cleo. Invoking an art cinema aesthetic, beautiful long takes in Cuarón’s black and white film prompt us to critically observe Mexico’s racialized class structure.

But processes of exploitation and depredation remain, for the most part, beyond the film’s diegesis. Cleo’s female employer, however condescending, is portrayed as ultimately fair and generous; and it is working class ressentiment —emblematized by Cleo’s rageful boyfriend— that, as in Parasite, propels much of the violence.

But if Parasite leaves us unsettled by class dynamics, then Roma leaves us with hope that the mutual dependence of Cleo and her mistress— both abandoned by their male partners—will generate cross-class solidarity. In the end, Roma’s vilification of the angry working-class male and celebration of the loyal, self-sacrificing maternal servant reconciles us with the class structure—so that despite its sympathy with the indigenous maid, the film functions, ironically, as an apology for the bourgeoisie.

Parasite makes it much harder to defend the bourgeoisie. But perhaps the film’s warm reception by global elites and the Hollywood establishment might have something to do with how its brilliant critique of the class structure nevertheless downplays elites’ role in violent economic processes that sustain this structure.

Shakti Jaising is an Associate Professor and Chair of English as well as Director of Film Studies at Drew University.