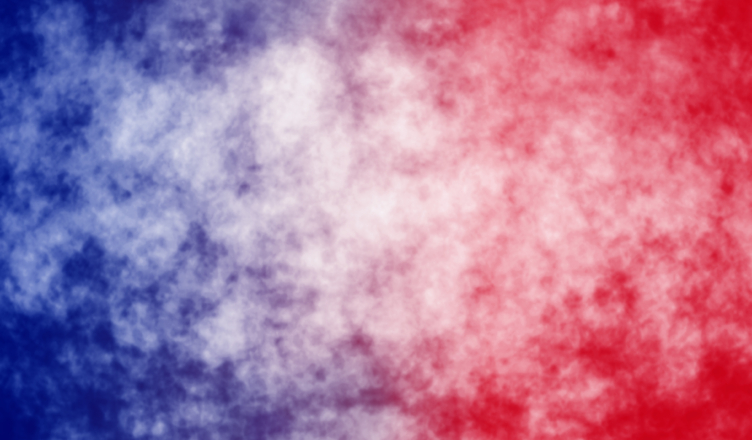 Sunny Xiang’s meticulously researched and bold new work Tonal Intelligence (2020) examines how “inscrutability” became associated with Asianness during the American Cold War. Throughout this period of turmoil, a heightened suspicion toward potential political enemies meant that East and Southeast Asians inhabited a gray area “between Oriental enemies and Asian friends” (6). While a large body of scholarship exists on Asian racialization during the Cold War, Xiang’s analyses is unique in that she explores the uncertain process of how race was read and made intelligible in the first place—not through the overt representation of difference, but as a floating signifier whose meaning was constantly being debated and formed. Writing against racial essentialism, Xiang reveals how the “inexpressive and impersonal” (13) is less about being Asian rather than an Asianness not necessarily attached to ethnically marked bodies.

Tone is Xiang’s innovative method for reading race not as an established fact but as a fluid category. It remains a purposefully abstract and unstable umbrella term throughout the study, appearing alongside other words such as “affect, “atmosphere,” “attitude,” “climate,” “feeling,” “impression,” “instinct,” “mood,” and “temperament,” evoking key affect theorists like Sara Ahmed, Lauren Berlant, and Sianne Ngai. By focusing on tone, Xiang accomplishes two things: first, she establishes how tone circulates and is shared by a collectivity rather than emanating from an individual. Second, tone encompasses the extremely diverse archive of Cold War intelligence materials crucial to her analysis. For Xiang, Cold War racialization occurs at the level of ordinary, everyday life. Hence, the corpus of examples she offers do not rely on what is officially designated as Cold War intelligence. Her objects of analysis are not just government documents—“interrogation reports, policy memos, field notes”—but they also include nonfiction and fictional works—“memoirs, novels, documentaries, and mixed media art” (7) that may not initially seem to command the status of intelligence. Tonal Intelligence makes a valuable contribution to Cold War history while also adding to existing works on affect in Asian American studies by Jeffrey Santa Ana, Anne Cheng, David Eng, Shinhee Han, and most recently, Cathy Park Hong. 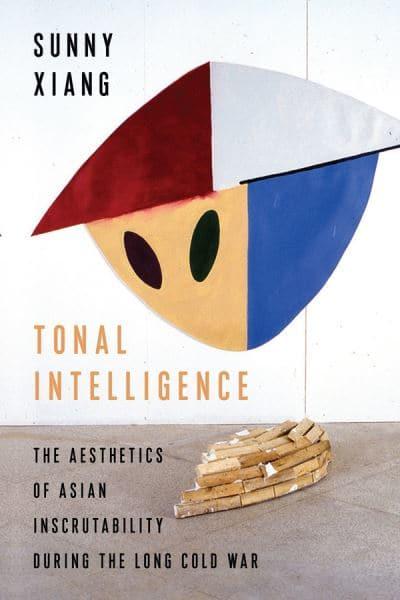 Each of Tonal Intelligence’s four main chapters treat different facets of tone, covering Cold War events in Japan, Korea, China, Vietnam, and the Philippines. Xiang engages in what she calls “critical juxtaposing” (13), placing historical accounts made during the American Cold War alongside post-Cold War recollections. This serves to emphasize how the Cold War is not an exceptional event with a set endpoint, but ongoing in the narratives that continue to be told about East Asia’s meteoric economic rise. In Chapter 2, Xiang examines how the rumors circulating around the Japanese Emperor Hirohito’s imperial tours as well as among different characters in Kazuo Ishiguro’s An Artist of the Floating World (1986) hold “a legible identity and coherent politics” (95) out of reach when Japan was transitioning from a WWII enemy to a Cold War ally. America’s push for Japan to speedily evacuate—even forget—the memory of Japan’s imperial role in WWII in the name of Cold War progress results in how both a real-life emperor and literary characters are talked about more than they are comprehended, rendering Asians “unknowable” (95).

Xiang then transitions into a discussion of the tone of time, or how time was experienced in Cold War South Korea in Chapter 3. She analyzes works by two Korean American writers: the memoirs of Induk Pahk, a missionary who went on speaking tours in South Korea to spread the Christian faith, and the conceptual art of Teresa Hak Kyung Cha, most notably in her mixed media poetry collection Dictee (1982). Xiang’s attention to the tone of time reveals how both authors experience time’s fuzziness when Japanese war crimes were rapidly effaced to make way for Asia’s Cold War economic recovery. As Xiang notes in a particularly striking example, the attention both Pahk and Cha give to the Korean independence activist You Guan Soon ultimately confuses instead of clarifies her historical role in protesting Japanese imperial rule.

Chapter 4 analyzes the tone of two anti-Communist accounts by Chinese POWs in the wake of the Korean War: the U.S. Psychological Warfare Division’s publication of Wang Tsun-ming, Anti-Communist: An Autobiographical Account of Communist Thought Reform (1954), and Ha Jin’s War Trash (2004), which is narrated from the perspective of Yu Yuan, a fictionalized Chinese POW. The ardent tone of Wang Tsun-ming’s anti-Communist confession and the detached, documentarian tone of Jin’s novel in telling the “truth” of Korean War POWs paradoxically highlights the easy slippages between the “reeducated” and the “brainwashed”: the suspicion continues to linger that Wang Tsun-ming and Yu Yuan are speaking in proxy voices that do not quite belong to them in the first place. In each of these examples, “tone” as rumor, time, confession, and documentary forges astute and unusual links between texts. Rather than fixating on a precise definition of tone, I find it helpful to analogize tone to a gift box in Xiang’s study: she’s not interested by what texts actually say—what the gift box contains—so much as its outer wrappings and the way that it’s being presented to the recipient.

It is in Tonal Intelligence’s last set of readings in Chapter 5 and in the coda that Xiang moves past her diagnosis of how Asian inscrutability manifested and played out during the Cold War—gesturing toward the ways that Asian self-representation might begin to exceed the political boundaries set out for it. In Chapter 5, Xiang reads for the tone of intimacy, first turning to the CIA intelligence officer Edward Lansdale’s accounts of his “Operation Brotherhood” campaign in which he gathered numerous Filipino volunteers to spread anti-Communist messages under the guise of providing humanitarian medical aid to Vietnamese refugees. Xiang shows how the strangely buoyant, intimate tone of Lansdale’s intelligence reports belie how the “brothers” were useful not so much because of the effectiveness of their political propaganda or their medical expertise, but because of various “casual, affective, off-duty labors” (193) performed by Filipina nurses that exceed what official records like Lansdale’s are able to capture. Xiang then turns to the tone of intimacy in Trinh T. Minh’s documentary film Surname Viet, Given Name Nam (1989), as a corrective to the paternalistic figure of the brother. Minh’s interviews with Vietnamese female refugees do not reproduce the trope of the refugee testimony that expresses gratitude toward the West; rather, her style of shooting and editing sets a tone that cultivates intimacy between Minh and her interviewee while withholding it from the audience.

At the heart of Tonal Intelligence lies the question of how we are meant to build an Asian diasporan coalition that is non-essentialist. This has been the bugbear of Asian American studies since its initial formation in the late sixties: focus the conversation on Asians within America and it begins to get politically myopic; expand it to a transnational scale and it gets too politically unwieldy with an abundance of histories, languages, and allegiances to account for. As Xiang argues so forcefully in her introduction, “this book comes from the belief that maintaining the barrier between Asian Studies & Asian American Studies—two fields that share an other-marked object yet understand this object in very different ways—would only serve to perpetuate Cold War epistemologies” (15). Moreover, activist and academic conversations around social justice continue to gravitate toward the bodily presence of Asians—their representation & representativeness—as a marker of progress.

Xiang attempts to address these conundrums in her coda which presents an encore of readings around the formally experimental works of Myung Mi Kim, Ed Park, Eugene Lim, and Pamela Lu. According to Xiang, analyzing these authors tonally means becoming attuned to the “coincidental and unintentional bonds that form among characters who may or may not be Asian and, in fact, who may or may not be characters” (241). Here, political justice is not about a “united front” (256) and “common identities” (260) but a “protean commons” (256) and “common practices” (260) that are “underwhelming, unsynthesized, and noncathartic” (251).

At first, Xiang’s prescriptions may seem abstract and inconclusive. I read Tonal Intelligence in our present of resurgent nationalism and nativism when heightened tensions between America and China make the gap between “Asian American” and “Asian” feel wider than ever before. Yet Xiang’s formalist study asks us to confront the most difficult of political projects through a dazzling range of readings that challenge the boundaries typically drawn around Asian American studies, Asian studies, literary studies, and history. By reading tonally, by refusing to capitulate to the default of race-as-identity, we can in turn be sensitive to the possibility of connections between unlikely objects, people, places, and times. Tone is a flexible method of reading and living that privileges the relational over the hierarchical. It reminds us of the importance of being perpetually receptive to the “flare or flicker of a different future” (237) in which affinities and politics are various and still coming into being.

Sophia Mao is currently a PhD Candidate in the English Department at Harvard University completing a dissertation on racial feelings, assimilation, and the figure of the model minority in contemporary Asian American literature. Her writing has appeared in Amerasia and is forthcoming in Public Books.