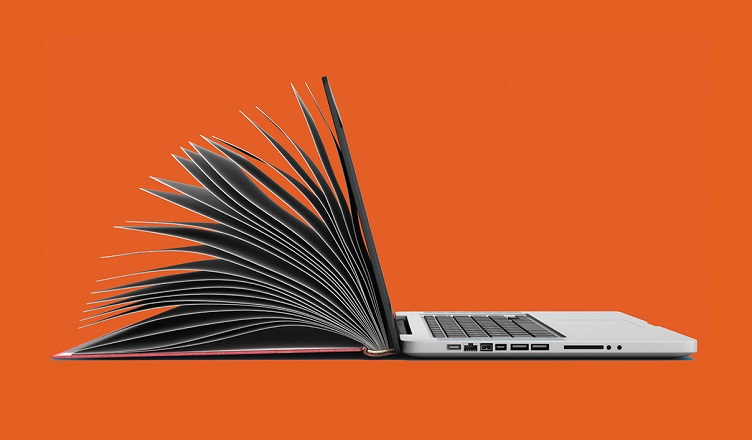 Joyce Carol Oates tweets, by one count, approximately twenty-two times a day. George R.R. Martin, on the other hand, announces breezily that his “minions” will be using Twitter to echo his blog posts, since his entrance onto the platform is essentially a defensive measure to combat a range of existing fraudulent Martin avatars. Gary Shteyngart enlists James Franco and Jonathan Franzen to appear in the online book trailer for his memoir. A critic, meanwhile, writes a widely-shared polemic lamenting the downgrading of the book review in the age of a web-traffic-driven wave of “books coverage,” a development that obliges emerging authors to verse themselves in a “coded language of salesmanship”: “pity them in their pantomime of likability.”1

These are just a handful of twenty-first century manifestations of what Simone Murray describes as the “digital literary sphere,” a capacious collection of networks and venues (including online discussion of books primarily read in print, publishers’ online marketing activities, online book clubs and fan sites) through which literature is now discussed, evaluated, and sold. This sphere comprises more or less any space in which digital technology meets contemporary literary culture, rendering it immense, dynamic, and inherently resistant to synopsis. Some of the above examples are now several years old, a fact that highlights the difficulty of treating a vast range of defiantly ephemeral phenomena within the medium of the slowly-gestating academic monograph—and that, as Murray convincingly argues, explains much of the academic reluctance to analyse these phenomena.

The Digital Literary Sphere, however, does an impressive job of synthesizing the activities that take place within this “hinterland zone of contemporary print-digital literary overlap” (9) into a tightly-structured contribution to the sociology of literature. The book is divided into five main chapters representing traditional literary processes that, as Murray’s analysis shows, have been alternately challenged and reproduced by the development of digital environments. These chapters are based on a matrix model designed to account for the various players in the literary “field” (Bourdieu is a key reference point here) as well as the different types of websites (author, publisher, retailer, reader, etc.) on and through which these processes take place.

The first chapter, “Performing Authorship in the Literary Sphere,” measures the kind of authorially-produced digital “paratext” referred to earlier (Twitter accounts and author appearances in book trailers) against pre-existing tensions in critical approaches to authorship. In a move to be repeated effectively throughout the book, Murray shows that digital media simultaneously makes it possible to bypass traditional literary gatekeepers while also reifying print-based celebrity and prestige. In this case, authors can publish as well as “perform” their authorship in ways that may be entirely removed from traditional publishing systems (as in the example of John Green, who maintains a rate of cross-media interactions with his readers unthinkable in any other era (39)); however, the maintenance of a digitally-mediated public persona can easily become an obligatory and exhausting cycle of entrepreneurial self-publicity (Lorentzen’s “pantomime of likability”). Digital culture’s desire for the “authenticity” of direct authorial interaction through channels that are nevertheless highly mediated, Murray points out, fundamentally exacerbates the traditional literary conundrum of “the author’s simultaneous presence and absence.” (52)

The second chapter charts the contemporary selling of literature, with the focus here squarely on Amazon. Murray highlights the corporation’s colonization of vast swathes of traditional publishing activity as well as the fundamental challenge presented by its algorithmic gatekeeping mechanisms to prior critiques of literary culture: rather than Bourdieu’s competing tangle of individual agents, we have here an opaque set of encoded real-time processes that claim merely to follow and recognize “public” tastes. These processes have developed not just as cost-cutting mechanisms to replace the company’s erstwhile human literary editors, but as ways to direct Amazon’s obsession with metrics towards a “bookish community ethos” in which the very concept of community is “conceived from its inception as a commercial asset” (61-62). The increasing tension between the concepts of “community” and “commodity” (77) could be said to define much of the activity described in the rest of Murray’s book, with (for example) writers feeling obliged to respond to publishing expectations either by adopting a curmudgeonly Franzenesque opposition to the digital sphere, or by accepting the significant amounts of unpaid labor involved in curating a reader-friendly digital “platform.”

Murray then turns to the role of festivals in curating the reception of literature. This third chapter, while perceptive, feels slightly less essential to the book’s overall argument, since much of its analysis is only partially dependent on online activity. It emphasizes the transformative role of book festivals in curating “literature’s public face,” showing how they fulfill a range of “economic, consecratory and community-building functions” (83-86) that broker cultural and economic capital in their leveraging of literary celebrity culture and creation of ambiguous and ephemeral reading “communities” (100). Murray points out that Habermas’s notion of the “public sphere” (an ideal invoked by much of the egalitarian discourse used to publicize writers’ festivals and one of the central concepts to which her book responds) is only partially relevant here, since the “literary star system” upon which most festivals depend, like much of the author-reader traffic enabled in digital spaces, tends to overwhelmingly facilitate communication in only one direction (100).

Chapter 4, “Consecrating the Literary,” tackles book review culture and the complex ways in which critical authority has been “distributed” in the digital sphere (139), introducing a wider range of “subtleties and shades of gray…between professionalism and amateurism, elitism and populism” (as the editors of 2017’s The Digital Critic put it).2 Here, Murray traces the many conflicts and negotiations involved in reconciling “the traditionally hierarchical concept of cultural authority” with “the ostensibly flat communication architecture of the internet” (140). The book reviewer, always uneasily balancing a claim to expertise with a role as representative of the common reader, is a fruitful figure through which to pursue these struggles, and Murray’s analysis of the upheaval wrought by the entry of a mass of amateur reviewers into the global literary sphere (many of them writing within the same corporate networks in which books are sold) is perhaps the most penetrating in this volume.

The final chapter shifts its focus entirely to amateur forms of organised literary discussion, focusing on the new literary communities found in online reading groups. Murray finds Stanley Fish’s notion of “interpretative communities” to be a fitting frame for these groups, in which “the contemporary reader is always enmeshed in a demonstrably social web” (150). This chapter considers (with a detour through the “culture of metrics” that allows the tracking and display of ebook reading) the key role of affect in the creation and maintenance of these communities, taking as its case study the “plurality of reading strategies and interpretative protocols” (161) visible in Infinite Summer, the 2009 mass-reading group focusing on Infinite Jest, and persuasively points to the development of new reading practices in online spaces as worthy of closer scholarly scrutiny.

Murray acknowledges at an early stage the difficulty of critiquing a sphere in which “the researcher is always already enmeshed.” (19) Given this self-reflexive attention to the position of the academic, there might have been room for more attention to the institution of the university itself within the digital literary environment. At one point, Murray distinguishes amateur critics and professional reviewers from the “professional academic literary critic” who, she writes, is granted professional status “by virtue of full-time salary and job tenure” (131). I expected this description to be qualified or complicated in subsequent pages, but no elaboration was forthcoming. Given that academic existence is, for many, now almost defined by the absence of tenure and dependable salary, this could have been an opportunity to examine how precarity is combining with new media to generate new forms of criticism. A growing number of online publications (including, reader, the one in which you are reading this review) are characterised by what Evan Kindley has defined as a “semi-professional attitude” resulting from their dependence upon the work of precarious, part-time, and former academics.3 The global crisis in the humanities has already contributed to creating a para-academic set of publications and practices defined not just by their digital existence but the way they bridge academic, creative, and public spheres. A discussion of this phenomenon, along with other Web 2.0 challenges to traditional academic practices such as the growth of open-access journals, would have extended the scope of what is nevertheless a rigorous and thought-provoking examination of our contemporary literary ecosystem.

Tim Groenland is a lecturer in modern and contemporary literature, most recently in the School of English, Drama and Film at University College Dublin, Ireland. He is the author of The Art of Editing: Raymond Carver and David Foster Wallace (Bloomsbury Academic, 2019).