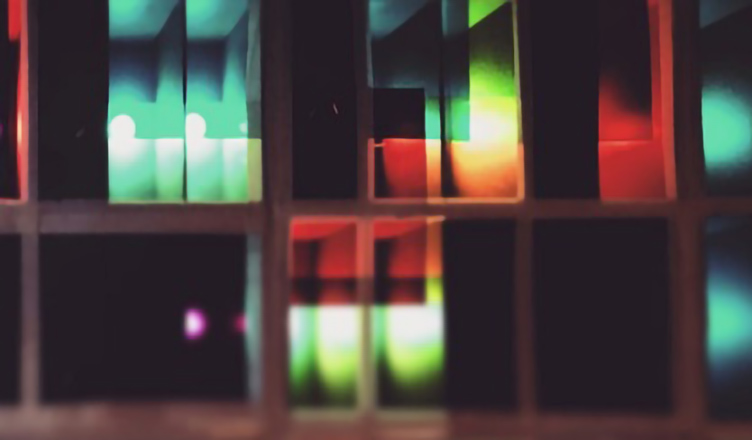 Kendra H. Oliver, Red light; Green light. Evoking the band of a PCR gel, the lights on this installation piece are motion sensitive, changing in response to environmental factors like the presence of an observer.

Genetics links individuals together in ways that put unique pressures on questions of patient privacy and a doctor’s duty of confidentiality. Genetic conditions that affect one patient may in turn affect their parents, siblings, or children. This interconnectedness raises competing obligations in medical practice: the desire to help as many people as possible has the potential to come into conflict with the need to respect individual patient autonomy.

To assess one prominent source of information about genetic privacy available to the public, we surveyed all the medical dramas aired on U.S. television from 1961 to 2019: 65 series in all, containing a total of 5,217 episodes. From this pool, we examined all the episodes that contained instances of privacy breaches involving the DNA of patients and selected two episodes that are representative of the diametrically opposed messaging the public is receiving about ethical issues surrounding genetic privacy.

The first pole emphasizes the importance of respecting patients’ right to privacy. The sixth season of the long-running medical drama ER (1994-2009) featured an episode that portrayed the conflict between two regular cast members, Dr. Jing-Mei Chen (Wing-Na Wen) and her supervisor, Dr. Mark Greene (Anthony Edwards), over whether to tell the daughter of Dr. Chen’s patient that he has Huntington’s disease against the patient’s express wishes. Dr. Chen thinks her patient’s desire to keep his condition private is wrong, arguing that the daughter “has a right to know,”1 since there is a 50% chance that she has inherited the fatal disease from her father. “I have information that could drastically affect this woman’s life and I’m hiding it,” Dr. Chen argues. “I feel I have an obligation to her.”2 Her supervisor, however, is unbending. The patient’s choice may be debatable, he says, but “not your obligation” to the patient. The daughter “is not your patient. He is.”3 In the end, Dr. Chen obeys her legal obligation to protect the confidentiality of her patient. She does not let her own feelings of discomfort at withholding information trump her duty to the patient.

Although there is more than a whiff of paternalism in this scenario in which the principled male physician admonishes the emotional female physician, the issue of genetic privacy raises a different set of concerns. This episode, which aired in 2000, was prescient in suggesting that a physician’s ethical scruples might be more important than her duty to her patient. In the years since, there has been a steady increase in the belief that physicians who have a “conscientious objection” to a patient’s decision have a right to refuse to honor it. The episode of ER did not frame the debate as a matter of conscience, but Dr. Chen’s feeling that the patient’s decision was ethically wrong brought her perilously close to violating her patient’s right to privacy. Even though the older conception of the physician’s duty won in the end, the episode played its own small part in preparing for the so-called “conscience clauses” that are common today in many states, which allow medical personnel to place their own moral beliefs above those of their patients, particularly in the areas of abortion or end of life care.

As a series, House relies heavily on the characterization of Dr. Gregory House (Hugh Laurie) as an amoral and self-serving medical practitioner, with little regard for his patients other than the diagnostic mystery they present. He does not adhere to an ethical code, breaking many rules, and repeatedly violating patient confidentiality in order to prove his own wit and ability. In this episode, he steals genetic material off the coffee cups of the parents of a young patient for the sake of a bet about the patient’s paternity. Through this breach of genetic privacy, House discovers that the patient was adopted, which wins him the bet, but also ends up helping him to save the patient’s life. The parents are initially upset, but the fact that House is able to save their son seems to absolve him from any blame or from facing any repercussions for his unethical actions. Episodes like this, in which something as egregious as a breach of genetic privacy is shown to be the only solution in a life or death situation, are not uncommon in medical dramas. Whereas older medical dramas often used their personalized, emotional standpoint to reinforce the image of doctors as caring, if paternalistic, guardians of their patients’ best interests, more recent medical dramas often excuse ethical breaches and exalt charismatic bad actors, a trend that extends beyond the medical arena to series such as Breaking Bad and The Black List.

In the medical sphere, this trend may affect how the public views ethical questions around data privacy. George Gerbner, et al. suggest that heavy consumers of media are likely to perceive fictional representations of complex subjects, such as medicine and science, as accurate to real life, contributing to their expectations for their own medical care and their understanding of how privacy operates in medicine.5

A study by Brian Quick found that heavy viewers of Grey’s Anatomy were more likely to not only believe the program was realistic, but also to perceive real life physicians as having the qualities of those they saw onscreen.6 While there have not been studies looking specifically for the effects of negative portrayals on viewer expectations, researchers remain concerned about how the depiction of issues such as those regarding data privacy affect trust in doctors.7 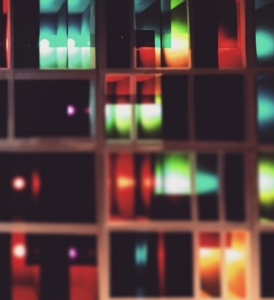 Lauren Furman is a 2020 graduate of Vanderbilt University with degrees in English and Medicine, Health, and Society. She has spent the last year and a half working as a research assistant on Vanderbilt’s NIH funded grant, Genetic Privacy and Identity in Community Settings, studying depictions of genetics in television medical dramas.