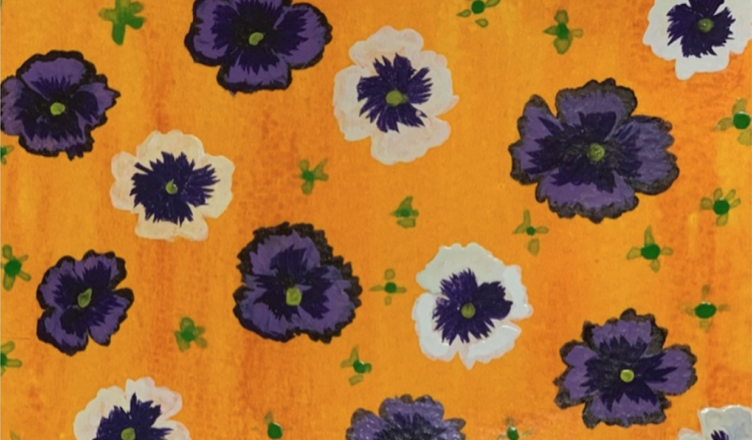 Have you ever felt anxious to explain something that happened to you? Thoughts like “It is not such a big deal”, “It was just a child’s thing” or “I never brought this up before, why am I sharing this in a public event?” In this essay, I want to reflect on how individual experiences, in a context that often denies or minimises racism, can validate the collective experience of members of a minority group that are generally viewed as foreigners. People of Japanese origin, even those who were born and grew up in Latin America, are often seen as outsiders, categorized by their phenotype, and never incorporated into the national identity.

Last Christmas in Brazil, my son’s two grandmothers were talking about how he had grown up as a mixed-race person. Both said that he looks like me. My mother, a Japanese descendant, commented that, on the other hand, his nose is not Japanese, for it is straight-edged and very pretty. Both agreed. This conversation put forth the belief that white traits are beautiful, while Asians are ugly. In a hairdresser salon in Mexico City, Jessica was explaining where she was from. The hairdresser said that her son also physically resembles an Asian even though no one in her family has any ancestry from there. She pities herself: “poor thing, there’s not much to do with him, he came out like that, bad luck”.

In the podcast, a group of Latin Americans of Japanese descent shared their experiences and established some approximations to their interpretations of Otherness, racism and resistance. Inspired by decolonial critical theory and critical studies of race and racism, I draw on a collective auto-ethnographic form to write this chronicle about the process of recording the podcast, the lived experiences of others and myself.1

The podcast was convened by Jessica, the editor of the ASAP/J cluster ‘Unstable Identities in Search of Home’. She invited some Nikkei colleagues, who did not know each other, to engage in a collective process of making sense of our experiences. It involved building trust over one month and a half, meeting once a week, to share our stories through a series of interactive reflections. The discussion was oriented by initial questions posed by the convener and tailored by everyone in the group: How do you identify yourself? What are your reference points for belonging? Have you ever felt that your identity was challenged? And how did you feel? From this, we identified common topics connecting our experiences as Japanese descendants in Latin America.

Héctor shared that it was not until he turned 18 that he decided to adopt a Japanese name: Teru, which was the closest he found to the pronunciation of his name in Spanish. Naming himself was a way of reclaiming a lineage that he came to understand had been taken away from him.

I can only imagine the reasons for this decision: Perhaps because my mother, who grew up as one of the few Japanese women in her town, had been bullied as a child because of her features and name. I think it’s partly because of that racism that takes root in us almost imperceptibly (until one starts to question it). In any case, the message was clear to me: the further away I was from being or looking Japanese, the better.

The opposite of reclaiming a lineage was denying it in the form of introducing myself only with my Brazilian name.2. My initial form of identification was my Japanese name, used by my family. Based on a relationship not so much of who is considered Japanese or not, but rather guided by a class hierarchy within the Japanese community in my hometown, when I was 5 years old, the Japanese parents of my friends used to tell them to not be around me because my father was just a television technician. When I moved to a new school, I decided to deny almost everything that comes from my Japanese heritage including the language and self-identification. Despite this effort, it was impossible to “camouflage” myself in white spaces, where I was seen by others as not being from Brazil.

Taro was born in Mexico, but his first language is Japanese. Mexicans marked him differently based on the way he speaks Spanish. His “Mexicanidad” is always questioned because of his accent. But what exactly is accent? Accent, as a component of language, is situated in power structures that distribute domination and systemic and structural subordination.3 Variability is the master rule of spoken Spanish. In different parts of the Spanish speaking world, one hears countless ways of speaking. The idea of an accent will always be pronounced as a means of distinguishing Self from Other and, in this case, in racialization.

It can also be sensed through the estrangement from other children some of us experienced during the school lunch break when they saw different foods. In her childhood, Noriko´s father used to prepare a Bentô, a Japanese home-packed meal, for her lunch. She remembered her father preparing an onigiri, a rice ball with a different decoration every day, and the beautiful expectation she had to open the box every day. When she moved to a new school, her classmates reacted with negative comments and jokes about her Bentô box. She asked her father to stop making her lunch, and her mother took over. Then four years later, her father passed away. She regrets missing the opportunity to thank him.

Naomi and Jessica shared their stories of how Japanese culture was transmitted and, at times, resisted in the domestic space. Being able to learn Japanese with one’s mother, becoming familiar with Japanese geography with one’s grandfather or perceiving ways of caring through food, learning, and other familiar elements, was like a Japan indoors, in Jessica´s words. This was usually not performed outside the house. The domestic space could be one of the few safe sites where it was possible to perform other traditions and ways of speaking that would not make you question your place as a Mexican as well.4

Marco grew up with his Japanese grandmother. He sees many of the concepts of Japanese tradition in his education which also drew on traditions from Mexico. Marco´s experience can help think about the constitutive elements of the Japanese nation and how these affect diaspora subjectivity and self-understanding.

To find a term of recognition, whether “Japanese descendant”, Nikkei-jin or nipo-brasileiro is a process I have been recalcitrant to accept. I have denied for most of my life this form of identification/belonging. Underlying this, there might be a defense mechanism, an “effort” to be more white or accepted, and an awareness that Japanese identity can be oppressive inside its own community and in relation to other groups. Exploring this subject entails realising that in our daily lives, in diverse groups, we can uncritically adopt and propagate dominant narratives and maintain biases in the status-quo.5

Within the podcast group discussions, I have identified shared ways of reacting to otherness. Coping mechanisms include emotional self-policing to avoid being perceived as ‘complaining’ or ‘self-victimising’, a commitment to outperforming, and, in Kawai’s (2015) terms, a clear obfuscation of racism among Japanese descendants. This silencing makes it impossible to take a critical perspective and visibilise experiences that can lead to forms of solidarity.

Otherness solidarity contributes to creating safe spaces to counter hegemonic narratives.6 If we do not see forms of racism and how we are part of the struggle against the legacies of colonialism, it will always be an individual experience.7  Situating our experiences in relation to other forms of racism can be a powerful way to create allies and solidarity, but most of all to reimagine futures in which equality and justice prevail.

Márcia Lika Hattori is a Ph.D. candidate at the Spanish National Research Council – CSIC. Her current research explores how the disappearance of people in São Paulo, Brazil persists in the bureaucracy and the management of dead bodies by comparing the last dictatorship and the democratic period. She has been working as a forensic archaeologist in different countries and is interested in State violence and the relations between race, class and gender.