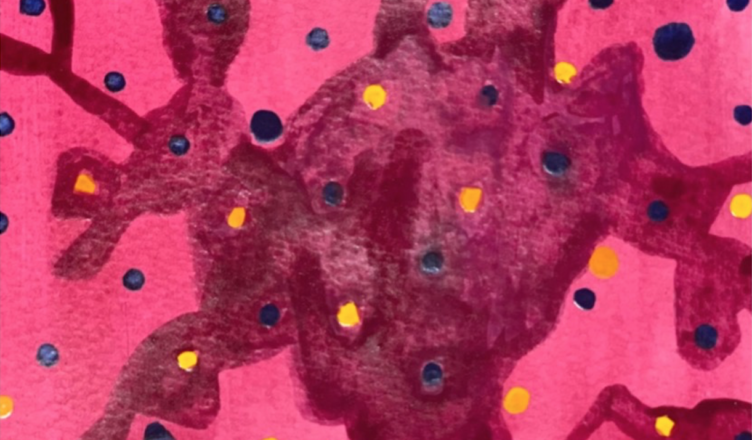 The materials assembled in this cluster offer heartfelt, original and valuable perspectives on the dynamics of the racist system of mestizaje in Mexico in the past century and a half. The points of view of the Mexican Japanese add to a growing chorus of voices of other immigrant communities in Mexico, Jewish, Lebanese, South American, Guatemalan, Salvadoran. They also interact with the growing impact of Indigenous and Afroamerican voices and movements, who have actively challenged the racist assumptions behind the ideology of mestizaje. With some optimism we could even claim that in many academic and public spheres in Mexico, the myth that the nation should be racially homogenous, as a mestizo population, is no longer hegemonic and has become an object of political dispute.

The valuable perspectives shared by the Mexican Japanese participants in this cluster speak of exclusion and derision because of their physical appearance, of banishment from the dominant ideals of beauty, of family loss and erased memories, of violent dispossession and displacement, of a constant confrontation with social boundaries, as described by Sara Ahmed. Their bodies, names, and some of their cultural traditions do not fit the narrow confines of “mestizo” identity, and thus their being itself is called into question: “Are you really Mexican?”, “Do you even speak Japanese?”.

Other Mexicans of immigrant origin relate similar experiences, as do Afromexicans. The paradox is that many of them, including most of the participants in this cluster, are actually offspring of marriages between immigrants and other groups, and thus should fit the definition of mestizaje as “racial admixture”.

However, the standard definition of mestizaje is much narrower, including only Europeans and Amerindians. The European plays the role of male, identified mythically with the Spanish “conquistador” of 1521, Hernán Cortés, and the Amerindian the role of female, symbolized by the young Olutec Malintzin, his translator, concubine and captive. Thus, according to the legend, since the conquest of Mexico, Whites, and Whiteness have played the dominant male role in this mixing of races and in the rise of the mestizo race. In service of this masculine ideal, demographers and anthropologists constructed implausible scenarios in which all powerful white males impregnated Indigenous women by the hundreds, even thousands, sowing the seeds of mestizaje and whitening the population. As a necessary support for its inflated idea of white male power, this racial ideology devalued the Indigenous and feminine pole. Octavio Paz, Nobel prize winner and defender of the loftiest version of  intellectual “mestizo whiteness”, openly insulted Malintzin and all women “taken” by the conquistadors, as traitors and immoral women deserving scorn and hatred. There is undoubtedly a direct relation between this devaluation of women and of femininity and the high rate of femicides in Mexico, and also to the continued practices of captivity and trade with women’s bodies in this country.

This violent rhetoric of white masculine power also justified violent practices and authoritarian forms of governance against the population of Indigenous origin. This included forced adoption of Spanish as the only language for education, for politics, the media, and intellectual discourses. It also involved legalized land dispossession and imposition of forms of forced labor in many instances; also forced migration and urbanization. In extreme cases, there was open warfare and genocide.

All this resulted in the imposition of a masculine culture of “mestizo whiteness”, associated with modern liberal values of individuality, thrift, rationality, and national pride. This local version has always cravenly professed its subordination to the prestigious European and North American definitions of whiteness, and has imported and constantly imitated its fashions, ideologies and social habitus. It can be associated to the concept of “blanquitud” developed by Bolívar Echeverría, an ethos of modernity, capitalist individualism, utilitarian ethics, and rationality. Echeverría distinguishes this blanquitud from simple “blancura”, being white, in the Mexican case a shamelessly racialized and discriminatory definition of beauty and of social prestige, intelligence and respectability, desirable bodily habitus, and even health and hygiene, as Perla Valero has shown. The imposition of “mestizo whiteness” involved the practice of educational, eugenical, medical and disciplinary interventions to modify the bodies, customs, ideas behaviors of females and males, children and youth. It also included the construction of a modern dominant national “high culture”, in academia, the “fine arts” and science. These elite traditions fiercely defend their belonging to the “Western tradition” and enforce their superiority through linguistic, social and cultural discrimination of other forms of expression and knowledge considered less westernized. All in the name of building a nation for the mestizo race and a mestizo race for the Mexican nation.

These practices have been highly effective: the population of Mexico has changed from being roughly 60% Indigenous in 1810, to 30% in 1910, to 10% in 2010; the share of mestizos has risen from 15% in 1810 to 60% in 1910, to 90% at present; people of African origin, who could be estimated to be another 15% of the population in 1810, were erased from the censuses until 2020, when 2% of the population self-identified as Afromexican; whites were never more than 15% and have not been counted as such since 1930. Most historians agree that these transformations from one racialized category to the other were not the result of “racial admixture” or marriages between people of different origin, simply because there were not so many of these.

For the great majority of formerly Indigenous, Afromexican, immigrant, and rural individuals who passed through these processes in order to become “mestizos” there was an erasure of previous identities and senses of belonging, of bodily practices, of languages. These transformations were the result of voluntary decisions by individuals, families and communities to adopt the newly dominant racial and cultural definitions, as the only avenue for participation in the social, political and economic arenas, and for social advancement. Many of them regarded this transformation as genuine and beneficial, and have successfully participated in the social practices of “mestizo whiteness” and elite culture. However, these transformations were also in many instances the result of acts of violence and compulsion. This occurred at a broader social level, such as in policies that separated Indigenous children from their families and sent them to far-off schools, and also at a narrower familial or personal level, through the banishment of an Indigenous language from the family, the erasure of a non-white origin, the dominance of a whiter lineage of origin over the non-white ones in the family memory.

This explains why the memories of mestizaje in families of Indigenous origin are similar to the testimonies by Mexican Japanese presented here. For starters, immigrant individuals, families and communities were subjected to similar practices of forced mestizaje. Most had no access to education in their own languages, and they were expected to adopt Spanish. Also they were expected to “integrate”, that is, to try to assume the salient features of mestizo identity. To that end, they were also expected to erase key parts of their former identities and loyalties. During most of the 20th century, Mexico did not recognize double nationalities, for instance.

However, as we have seen, Mexican Japanese efforts at integration were hampered by the fact that their physical appearance, their surnames, and some of their cultural traditions did not fit into the dominant definition of mestizaje, defined along the narrow and brutally stratified axis that links feminized subjected Indigeneity to masculinized idealized “mestizo whiteness”. And this has happened over and over, generation after generation. The constant challenging and testing of true belonging, the constant stopping of Mexican Japanese bodies as they tried to enter into the public and private realms of mestizo Mexico, happened even after mixed marriages, it happened even to monolingual Spanish speakers, it happened even to families who had somehow lost or erased most of their links with Japan. Tragically, something similar happens to Afromexicans after centuries of living in this country; and also to other immigrant communities. It happens also, generation after generation, to many mestizos of Indigenous origin who are still deemed distant from the current ideal of “mestizo whiteness”.

This generalization does not seek to relativize the experiences of any of these groups, but to point at the perverse mechanisms of mestizaje. Since its impossible goal of “racial mixture”, the creation of an homogenous, or “improved” population is never satisfied, can never be satisfied, it imposes on every generation the same hierarchies that devalue bodies, names, traditions and practices that do not conform to the current ideal of “mestizo whiteness”. A system that promises homogeneity and equality through racial integration, but actually works as a constant producer of hierarchies, discrimination and racism.

Jessica A. Fernández de Lara Harada is a Ph.D. candidate and Gates Cambridge scholar at the University of Cambridge. Her research focuses on the experiences of Mexicans of Japanese descent of mestizaje (the racial mixture discourse of national identity in Latin America). Her research interests include transpacific migrations, nation-state formation, and race and ethnic relations in Mexico.
Federico Navarrete

Federico Navarrete holds a Ph.D. in Mesoamerican Studies and is a full-time Professor at Instituto de Investigaciones Históricas, Universidad Nacional Autónoma de México (UNAM). He does research on the history of the Native peoples of the Americas, their relations with European and Africans, and the way they have adapted to the process of colonization and State building. He has published and lectured extensively on the military conquest of Mexico and the indispensable role played by the Indigenous conquistadors. He also works on racism and discrimination in contemporary Latin America. Some of his recent books are Malintzin, or the conquest as translation (2021), Who really conquered Mexico? (2019), Mexica histories (2018), Alphabet of Mexican Racism (2017), Racist Mexico (2016), He also publishes historical novels, such as El códice perdido (2017).