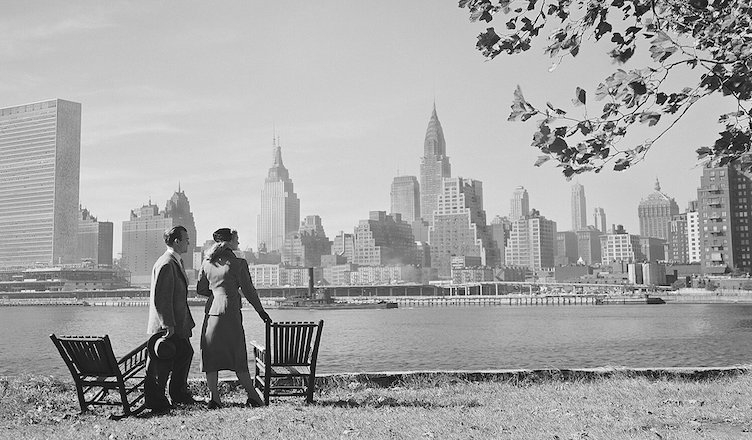 “Is Tibet historically a part of China? as I historically / belong to the enormous bliss of American death.”1 Frank O’Hara’s question-cum-declaration in the closing lines of “Rhapsody”, mediating between the national-libidinal and the global-political, is just one instance of the poet best known for his narration of the urban quotidian turning his gaze beyond the city itself. Perhaps the most famous of his “I do this I do that” poems, “The Day Lady Died”, finds O’Hara similarly meditating on “what the poets / in Ghana are doing these days.”2 In Poetics of Emergence: Affect and History in Postwar Experimental Poetry, Benjamin Lee seizes on these pivots to universality, arguing that they offer a window into the affective textures of everyday life in a period of great historical change. Lee’s analysis of affect as captured and expressed by four midcentury American poets—O’Hara, Baraka, di Prima, and Ginsberg—reads these textures as unsettling unilinear narratives of history, positioning the writers as conscious of the volatility of their own historical moment even as they register their inability to make history, or to make sense of it.

Lee’s argument comes in the context of a broader materialist turn in poetic criticism. As Christopher Nealon has argued, poetic criticism in the late 20th century was marked by philosophical approaches which “tended merely to name, then draw back from” the underlying material conditions.3 This elision created both the space and the need for what Walt Hunter calls “literary-historical treatments of global capitalism and twentieth- and twenty-first century poetry”, and Hunter himself identifies a recent body of work—including that of Nealon, Jasper Bernes, Michael Dowdy, and Khaled Furani—which pushes back on the predominance of the lyric subject read in isolation from its historical grounds.4 Lee’s work adopts a similar concern for the material, as he assembles his archive with an eye towards the shared spaces and economic conditions of New York City in the 1950s and 1960s. Yet Poetics of Emergence seeks to contest what Lee calls a “rhetoric of deflation,” where writers “once celebrated for their queer subversions are now read as meditating on their own guilt-inducing entrapment in the spectacular expansion of capital after World War II” (2). This marks the book’s moment of disidentification with contemporary trends, with Lee writing that “to characterize postwar experimental poems as […] less resistant or transformative than they might once have seemed fails to explain why they seemed so in the first place” (106). His reading thus positions itself as a corrective, excavating a yearning for communal attachment in O’Hara’s lunchtime musings or the vision of a bohemian future never realized in di Prima’s performance of cool. 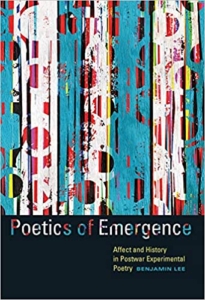 In essence, Lee describes a double movement of poem and affect in the post-war years. If on one hand, the poets of the era register history affectively—depicting emotional states like sentimental attachment (Ginsberg) or hip detachment (di Prima) which correspond to their own historical embeddedness—in doing so they also make an argument for affect as the ground zero of historical change. As Lee writes in the conclusion, “O’Hara’s poems convey with particular force the idea that the long-term implications of events remain unsettled at the moment we experience them. We feel them, his poems suggest, and then we try to figure them out” (110). This is a vision of affect consummate with the one outlined by Lauren Berlant, Kathleen Stewart, or Sianne Ngai, which operates with a kind of definitional indeterminacy. But Lee’s analysis adheres most closely to that originary phrase of Raymond Williams—structure of feeling—offering in the process a clear articulation of the role of the lyric poem in registering and modeling complex historical developments.

In centering affect, Lee does not reject the recent materialist turn. Refusing to engage in a false binary of surface and depth, Poetics of Emergence expands our ability to think through the relationship between art, affect, and broader structural forces. Lee’s analysis of O’Hara relies heavily on Jonathan Flatley’s concept of “affective mapping” which, as Flatley himself articulates, makes “a case for the importance of mood and affect to a Marxist concern with the representability of history.”5 Along these lines, Lee reads O’Hara’s tendency to pivot dizzyingly between contemporary-quotidian and historical references, often allowing them to “push off suddenly from an embedded social world and then linger speculatively in the atmosphere,” as “a longing, if not to map his position cognitively, in relation to some larger, impossibly complex circuit of social relations, at least to keep generating those alternative historiographies to which he has become so attached” (37). This attachment carries with it both the charge of potential solidarity—moments that “let O’Hara imagine he might be connected to others” (40)—as well as a threat of failure, and it is this threat that periodizes Lee’s archive. The poems studied display “none of the modernist confidence” (13) of Eliot and Pound, and are instead marked by the contradictory position of writers in an era of both “artistic exuberance and paranoia” (17) of intense conformity and global upheaval.

If the chapter on O’Hara seems to loom large here, it belies the shape of the project itself, bookended as it is by additional readings of O’Hara poems which serve to position the poet as the argument’s leading figure. Lee’s analysis of O’Hara is so central to his broader claim perhaps because of how prior readings of O’Hara contain a shared concern for affect. Jasper Bernes, for instance, reads O’Hara’s poems as exuding “the charisma of the salesperson,” an affective register which correlates to the shift away from manufacturing and towards service sector employment in the postwar economy.6 Though Lee is less eager to position O’Hara as anticipating the empty attachments performed by the language of advertising, this point of commonality allows Lee to build through O’Hara the clearest vision of what he calls the “emergent historicism” (23) that poets perform. The clarity of the O’Hara chapter casts a long shadow over the turn to Baraka and his role as an editor of little magazines in the book’s second chapter. Here, the contingent solidary of O’Hara shifts metaleptically to the contingent formations of Yügen, The Floating Bear, and Kulchur, and Baraka’s editorial practice—his expanding horizon from the literary to the cultural—testifies to the emergence of Cold War cultural politics. Turning back to the poems, Lee reads in Baraka’s fragmented sonic textures negative affects which both express frustration with less militant (and mostly white) poets of the era and testify to a hope for “some anticipated, as-yet unrealized social formation” (65).

As the book progresses, the centrality of affect diminishes, and the emergence of another keyword—afterlives—marks the other side of the argument, with Diane di Prima and Allen Ginsberg offering two different poetic practices which each enact a kind of hauntological vision. The chapter on di Prima is structured around her performance of hipsterism and its distance—as a structure of feeling—from the version practiced by Norman Mailer. Where Mailer foregrounded the radical individualism intrinsic to the hipster’s rebellion, di Prima’s is marked by “blasé disengagement” (84), or what Lee refers to as “hipsterism at the level of tone and technique” (83). Lee reads this restraint as cover for a vulnerable attachment to everyday life which evinces an investment in collectivity. The afterlife, then, of di Prima’s version of hipsterism isn’t its terminus as a branded marketing strategy, but the consolidation of the (gendered) affective states produced by hipsterism into a more coherent politic—one that, if never enacted, nonetheless foreshadows the poet’s later work in Revolutionary Letters.

But it is the chapter on Ginsberg where Lee’s theorizing of afterlives really clicks into place, as he outlines a Benjamian reading that moves from the early poems to Howl itself. In the latter, Lee sees the melancholic attachment to outdated forms of left solidarity which appeared in “In the Back of the Real” beginning “to rearticulate itself as a new form of oppositional collectivity […] impossible to imagine without the cultural resources of the past” (99–100). Here the link between form and content is most visible, as Ginsberg’s breathless anaphoric lines combine prophecy and recursivity, reincarnating a specter of a still-living Old Left through the layering of Carl Solomon and the poet’s mother, Naomi Ginsberg. In Lee’s hands, Howl shows us that the New Left was not at new as it appeared, as Ginsberg poem is shot through with political forms that “continue to agitate even as they are defined as outmoded” (104). On a broader scale, the poem thus models how—as Benjamin writes—“the past carries with it a temporal index by which it is referred to redemption.”7 This, ultimately, is the horizon of Lee’s project: to redeem the “temporal index” of the mid-century poets from a kind of pervasive pessimism. If his analysis allows us to see how affect is the operative term in this emergent historicism—the “affective mapping”—of the era, it should also force us to question where affect appears in the poems of our moment, and what forms of being-historical the lyric can offer today.

Michael Martin Shea is a doctoral student in Comparative Literature and Literary Theory at the University of Pennsylvania, where he studies US and Latin American poetics and cultural production. His critical work on Chilean poet Raúl Zurita is forthcoming in a special issue of Cultural Dynamics on "Neoliberalism in the Americas." He is the translator of Argentine writer Liliana Ponce's Diario/Diary (Ugly Duckling Presse, 2018) and is also a Series Editor of the Best American Experimental Writing anthology series.