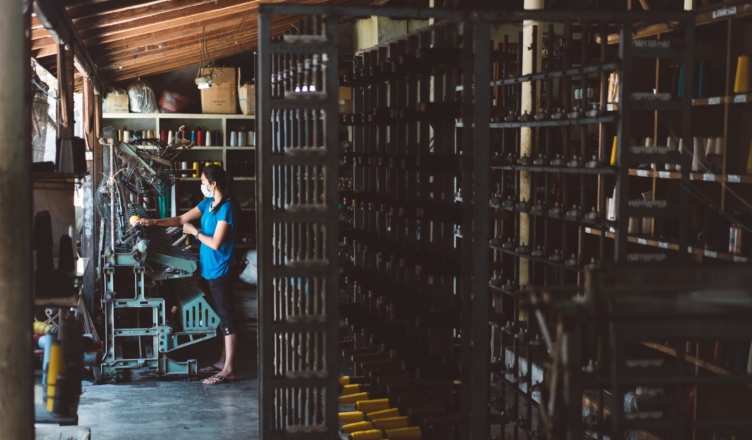 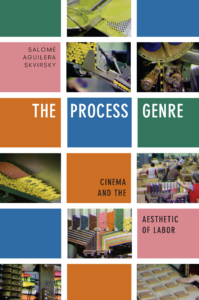 Salomé Aguilera Skvirsky’s The Process Genre names something that has previously gone unmentioned. The process film, according to Skvirsky, is marked by “the sequentially ordered representation of someone making or doing something” (2). While hardly a popular genre form, it is one that you are bound to have at least some familiarity with even if you wouldn’t be able to demarcate it yourself; today, it is most often seen on educational TV programs and in YouTube and Instagram how-to videos. As stressed by Skvirsky, the process genre can lend itself to the artisanal (as in a recipe or an arts-and-crafts project) or the industrial and commodified (as in agricultural labor or factory production). Despite their differences, Skvirsky argues that their processual representation on film teaches spectators how the commodity is made and about the nature of work itself. By pronouncing a genre, defining its formal and representational components, and historicizing its relationship with labor and its place in the precarious world we live in today, Skvirsky’s book is a unique intervention into the theories and practices of film studies.

Skvirsky lays out the basics of her argument near the end of the book’s introduction. To her, what unites all the examples of processual representation she outlines is the thematic expression of a “‘metaphysics of labor,’ its basic embrace of the existential, as well as the material, value of labor to human life” (47). As a cinema and media studies scholar, she argues that the process genre is fundamentally a “ciné-genre,” “constituted primarily by medium-specific formal features and their concomitant visceral effects on spectators rather than by narrative elements that easily translate to other media” (47). After the introduction, the book takes us through the genre’s historical context, its formal application in cinema, its absorptive effect on spectators, and its political valence and usage, before considering instances where the genre’s affective and absorptive qualities reach their limit. By its conclusion, Skvirsky has effectively impelled her audience to not only recognize the process genre but to understand its shaping of attitudes towards work and labor underneath its surface perfection, as well as how cinematic form is integral to creating its intended response of wonder and satisfaction. To do this, she draws from an extensive bibliography of writings on both cinema and labor, as well as a surfeit of filmic examples in which processual representation occurs.

Skvirsky’s filmography is delightfully democratic. Arthouse classics such as A Man Escaped (1956) and Jeanne Dielman, 23 Commerce Quay, 1080 Brussels (1975) are treated alongside obscure works of ethnographic documentary and educational film. Due to the genre’s pervasiveness, Skvirsky draws a line from early industrial films at the turn of the 20th century to contemporary YouTube cooking and lifestyle vloggers. It is an untraditional approach that pays off, both in allowing readers to discover films via her analysis and in highlighting the process genre as a recognizable form with a wide range of applicability. Because Skvirsky’s approach towards these objects does not fall within a preestablished critical framework, she is able to speak of them without taking too much into account a film’s status or reputation. She is interested in the context in which they arose, say in the chapter “Nation Building” where she looks at how Chilean and Argentinian films depicting process were instrumental in informing both Latin America’s cinematic output as well as regional attitudes towards labor. She is also interested in reception, mainly how critics and YouTube commenters alike have characterized the absorptive and transfixing qualities of these objects. It is the employment of processual syntax, not any other considerations, which Skvirsky sees as a shared, uniting quality.

Across her many examples, Skvirsky explores the genre’s vexed relationship with labor, especially its aestheticizing of labor. She highlights the genre’s resonances with Taylorism, and how it’s been used to endorse a capitalist industrial mode of production where, in a Marxist understanding, the worker is alienated from the product of his labor. The left stance on labor is complicated by antiwork politics, a more contemporary view where work is not essential to a human’s existence, and under suitable means should be abolished as the standard thing that one’s life revolves around. In the chapter on “Aestheticizing Labor,” Skvirsky wrestles with these theories. Skvirsky describes how “the genre often elicits references to wonder and absorption; instances are frequently described as magical, spellbinding, mesmerizing, and so on” (4). Processual representation in film may have the consequence of elevating work and erasing the human, but for Skvirsky, it is not the only use and effect of the process genre. She concludes that in elevating labor, process genre films allow us to further appreciate the work that goes into everyday objects and the meaning it makes in everyday lives, as well as providing a worldview in which more creative and artisanal work not tethered to capital can thrive. In not clearly aligning itself with an accepted political mantra on work, Skvirsky is better suited to evaluate the complexities of her subject and outline its possible subversive potentials.

As both cinema studies and labor theory are destabilized by and made to reckon with the everchanging conditions of the present, The Process Genre provides a necessary intervention into both fields. It works alongside film studies rather than fully within it to branch off towards a newfound destination, transforming seemingly banal objects into something more vital and instructive. The fact that it does so through an intuitively recognizable genre form only serves as a testament to Skvirsky’s process.

Jarret Sorger is a writer and scholar based in Toronto, Canada. He is pursuing a Master’s Degree in Cinema Studies at the University of Toronto. His research interests include the circulation and reception of films in the internet age and the collapsing boundaries between different forms of moving image media.