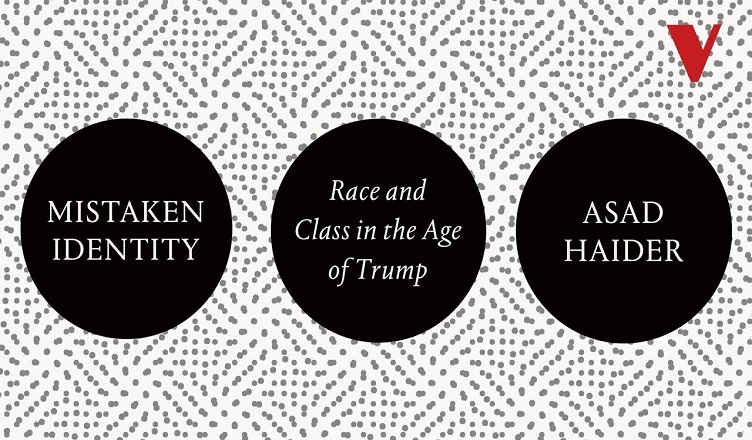 Around the same time that Asad Haider published his lucid critique of identity politics, I was in the midst of ongoing conversations with friends and colleagues in the arts and humanities about the question of identity in contemporary art. We were thinking through (and wringing our hands over) complex intersecting problems: how to be allies and/or protect ourselves without resorting to essentialism, how to take seriously the assault on women and people of color across class lines without losing sight of a class-based analysis, how to register the value of diversity without falling into the commodification of identity. I am not sure that Haider has answers to these questions, but he does clearly and provocatively take a stand. For him, there can be no politics of identity that is separated from a politics of universal emancipation around the overcoming of class distinctions. In fact, he argues, there is not even a coherent history of identity politics outside this framework, since, as he details in the book, early theorists of identity politics like the members of the Combahee River Collective were explicit about the links between being feminist, black, queer, and socialist.

While there are elements of Haider’s argument that I disagree with, I found his statement clear, concise, and worthy of debate. I thus decided to ask those I had been discussing these issues with to respond to his book. They have responded here in a variety of formats—essays, conversations, personal reflections, and works of art. Ranging from affirmative to critical, they constitute a rich tapestry of reflections on how Haider’s provocations relate to contemporary theory, art, and politics. In order to allow readers to appreciate the diversity of the responses, ASAP/J editor Abram Foley and I thought it best to publish the responses in two parts. Both are now available.

Contributions to the symposium:

Avram Alpert is a Research Fellow at The New Institute. He is the author of three books, most recently The Good-Enough Life. He has written cultural criticism for outlets including Aeon, the New York Times, the Washington Post, the Brooklyn Rail, and Truthout.