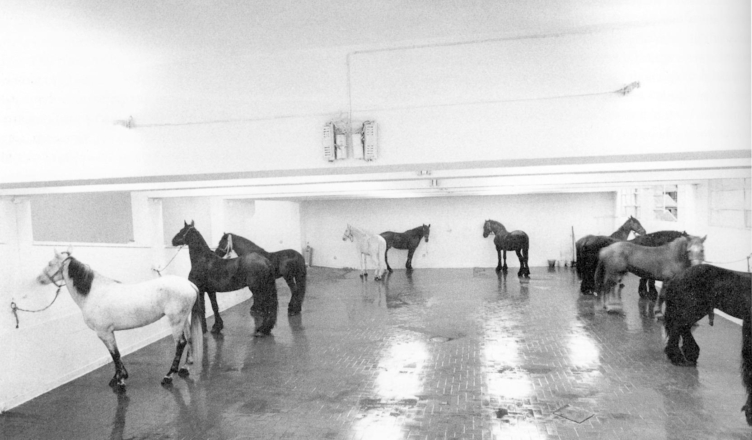 Ara Merjian’s book, Against the Avant-Garde: Pier Paolo Pasolini, Contemporary Art and Neocapitalism, opens with a paradox: why would Italy’s most prominent postwar intellectual publicly repudiate the avant-garde while tacitly drawing on its activity? For Merjian, this question forms the basis of his inquiry, which seeks to examine Pasolini’s complex relationship to postwar artistic practice. While Pasolini’s rich allusions to Old Master paintings, and painterly processes more generally, have been extensively studied, Merjian turns an eye to the unacknowledged role Abstraction Expressionism, Pop, Arte Povera, and performance art played in the development of the writer’s oeuvre. Through careful explication and close visual analysis, the author demonstrates the ways in which Pasolini both consciously and subconsciously parsed these movements, which are framed within a specifically Italian context.

At the outset, Merjian introduces Pasolini as an “extravagantly interdisciplinary” thinker and his multifaceted and often contradictory ideological commitments are a central focus of Merjian’s research (3). As the author describes, Pasolini was “an atheist indebted to the rituals of Catholic sacrality; a revolutionary Communist inimical to the creed of 1968; a homosexual hostile to the politics of gay liberation; a libertine and a moralist; an iconoclast and aesthete; a Marxist and mystic; a narcissist and humanitarian; a humanist and pessimist; a radical and reactionary” (4). A fundamentally oppositional figure, Pasolini likewise positioned himself as an avant-gardist who (dis)associated with and exploited the strategies of the avant-garde in myriad ways throughout his writings, films, and paintings (16). Merjian explores his puzzling and often oblique relationship to postwar art through a series of case studies, which move chronologically from the 1950s to the contemporary period, offering new perspectives on Pasolini’s nuanced critiques of contemporary society and culture.

Born in 1922, Pasolini grew up under the shadow of Mussolini’s dictatorship—an experience that would indelibly shape his anti-fascist creative practice. He acquired a formidable art historical education while at university, where he studied under the formalist Roberto Longhi. While in school, he wrote his undergraduate thesis on the paintings of Carlo Carrà, Filippo de Pisis and Giorgio Morandi. His research influenced his own painting style of the 1930s and ’40s, which focused on figure studies of peasants, landscapes, and “primitive” genre images (7). These themes, along with the idea of the vernacular, would later become central in his oeuvre as he sought to push back against social homogenization spurred by postwar consumerism—ultimately drawing scathing comparisons between the homologated world of fascism and neocapitalism in films like Teorema (1968), La seguenza del fiore di carta (1969) and Salò, o le 120 giornate di Sodoma (1977). These critiques germinated in the art journal Il setaccio (The Sieve), which he co-founded in 1944 with Fabio Mauri, who would later become one of Italy’s premier performance artists (96). Pasolini himself emerged as a keen art critic, whose writing would bring him to the attention of Francesco Arcangeli, another former Longhi student and an important advocate of European Abstract Expressionism, known as Informel painting (8). Pasolini’s background in art history becomes the basis of Merjian’s broader thesis, which argues that the development of the polymath’s film theory was contoured by his study of specific artistic movements, his adaptation of certain avant-garde strategies, and his formal experimentations.

The first chapter explores Pasolini’s reception and criticism of Informel painting. Pasolini was captivated by the movement, which was characterized by gestural abstraction and material experimentation. He replicated its formal tendencies in his own paintings of the 1960s and ’70s while disparaging its broader social implications in his films from the same period. At its height in the 1950s, abstract painting connoted radical individualism, an interpretation spurred by Harold Rosenberg’s 1952 essay “The American Action Painters.” Rosenberg argued that the canvas had come to represent an arena of bodily action and the painter’s diaristic technique was seen to reveal deeper existential truths. The legitimacy or even possibility of this kind of claim quickly came into question, particularly by a succeeding generation of Pop artists, as American Abstract Expressionists and European Informel painters developed highly repeatable (and marketable) styles. For Pasolini, the tendencies inherent to this kind of abstract painting seemed to allegorize the dehumanization and a-historicity of Italy’s postwar economic boom, particularly given the pervasiveness of the so-called “passive revolution,” in which the proletariat had become slowly assimilated into the mainstream through the easy accessibility of consumer goods, tv, and advertising (73). Abstract painting’s anti-narrativity, stark materiality, codifiable and reproducible nature represented neocapitalism made visible to Pasolini—producing an illusion of aleatory freedom while revealing an abject flatness or sameness that characterized bourgeois culture (42).

He presents this argument most forthrightly in his 1968 film Teorema. The film centers on an upper-middle class family of four, each of whom is seduced by a stranger who upends their lives. The youngest son, Pietro, occupies himself as an action painter and a number of Informel-style works hang prominently on the family’s walls. According to Merjian, these images become correlatives for the protagonists’ own existential voids—the meaninglessness they feel and fail to fill through either erotic or aesthetic encounters (60). In contradiction, however, Pasolini’s paintings and typographic experiments from the period engage with the same strategies he criticized, suggesting a lingering redemptive quality to abstraction found in the materiality and corporeality of its painterly mediums. Merjian dedicates the end of the chapter to Pasolini’s abstract paintings from the late ’60s and early ’70s, which were, at that point in time, retrograde yet still compelling (70). These works illuminate the complex relationship between social critique and personal practice often found in Pasolini’s biography and as such might have benefited from further extended consideration by Merjian.

In the second chapter, the author persuasively draws out the difference between personal and public practice in his discussion of the role of politically engaged art. He examines the work produced by communist artist Renato Guttuso, who, according to Pasolini, created the only viable form of contemporary painting in the postwar period. Guttuso’s balance between expressionism and realism, humanism and populism most closely reflected Pasolini’s own aesthetic interests (16). Thus the “return to the real” in Pop painting of the 1960s presented a potentially productive way forward from Informel. Pop artists sought to subvert popular imagery and consumer culture through irony and appropriation yet Pasolini determined that such work reiterated rather than critiqued neocapitalist values. He came to view the movement with deep skepticism, particularly as he realized that its re-inscription of the body produced mere simulacra—figures that are all surface with no depth. Ultimately, Pasolini concludes, Pop had lost any sense of ideological commitment.

One exception, however, was to be found in Andy Warhol’s Death and Destruction series, which highlighted the connection between mass consumption and social violence (103). Its pathos bears a similarity to films like La Rabbia(1963), in which Pasolini created montages with newsreels produced between 1945 and 1962, seeking to pinpoint the origins of contemporary malcontent. In the film, he employed similar aesthetic strategies as Warhol, using readymade images, repetition, and collage to mobilize what Merjian terms “positive contamination” or the interpenetration of high and low.

“Contamination” became a pressing action which Pasolini employed in his writings, films, and poetry to resist the flattening of social difference (73). The third chapter takes this as its central concern, in which Merjian compares the work of Pasolini to that of Arte Povera, whose members likewise sought to explore the “slang” of matter—those everyday “poor” objects that emphasized craft, nature, and the body. This chapter constitutes Merjian’s most precarious yet suggestive reading of Pasolini’s relation to postwar art. The author concedes that Pasolini was likely unaware (or perhaps obliquely aware) of Arte Povera, but argues that this generation of artists perceived and responded to the widespread social complacency spurred by the economic miracle in complementary ways. Merjian’s examples show the remarkable rhymes within parallel sets of works. For example, in defiance of the notion of modernist “progress,” these artists focused instead on natural and archaic materials, and sought to invoke “third world” cultures (and in so doing criticize imperialist neocapitalism).1 Films like Oedipus Rex (1967) and Notes for a Film in India (1968) center on peasant culture in Italy and non-Western landscapes—bastions of local proletarian life being erased by the “passive revolution.” Similarly, a number of Arte Povera artists incorporated hand-made and natural elements in their art, seeking to find and produce a world extraneous to bourgeois history and culture. Reconceiving the idea of (artistic) labor and our relationship to nature, Pasolini’s films and Arte Povera’s work ultimately emphasize the body, which came to be seen as a last site of resistance against neocapitalism.

From the mid-1960s onward, Pasolini’s aesthetic theory revolved around the “semiology of the language of human action,” in other words, depicting the world as it relates to the human body (173). Merjian’s fourth chapter considers Pasolini’s production of his most physically and sexually explicit films in relation to the historical convergence of performance and body art of the late ’60s and ’70s. At this moment, there appeared a shared investment in the body as a site of action as well as opposition. The chapter considers at length the film Salò, o le 120 giornate di Sodoma (1977), which follows a group of fascists who subject adolescent men and women to 120 days of physical, psychological, and sexual torture. Comparing its brutality to that of the work of Maria Abromovic, Vito Acconci, and Chris Burden, among others, Merjian argues that the thematization of bodily harm and exploitation became a way to metaphorize the social violence of neocapitalism itself.

In his conclusion, Merjian extends his analysis beyond Pasolini’s relationship to the avant-garde to examine how his oeuvre inspired an array of contemporary artists who have mined the themes outlined in the book. Pasolini’s posthumous presence in avant-garde art can be attributed to the interdisciplinarity of his oeuvre, lingering questions about his life and death, and the conflicting ideological implications of both. The book offers a rich interpretation of one of the twentieth-century’s most important intellectuals. In drawing from Pasolini’s biography, social critique and tracking the interconnectedness of various art movements, Merjian has produced a book that spans an array of disciplines within the humanities, bringing film, art, and cultural theory into dynamic conversation with one another.

Katie Larson is an Assistant Professor in the Art and Art History Department at Baylor University and the 2021-2022 Scholar-in-Residence at Magazzino Italian Art. Her research on modern and contemporary art has appeared in Art Journal, Art Inquiries, and CAA.reviews. She is currently at work on a manuscript that examines the early career of Alberto Burri and avant-garde artistic practice in 1950s Rome.